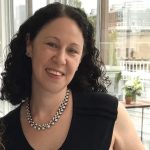 Celebrity chef and TV personality Rachael Ray has sold her 3-bedroom, 5-bathroom Southampton estate. As reported by the Observer, the property had been on and off the market since 2017.

The compound includes a 3,000-square-foot main house, a heated gunite pool, a bluestone patio with pergola, and a four-room pool house. It was originally listed for $4.9 million and underwent several price cuts over the years. The home finally sold in July 2020 for a final price of $3.25 million. That’s still a very healthy profit for Ray, though: She paid $2.1 million when she bought it in 2008.

Located near the Southampton Golf Club, the estate sits on a park-like double lot totaling just over six acres of land for total privacy. Each bedroom has a full ensuite bath, and the open living space features tons of natural light and a dramatic skylight above the dining area. There are two fireplaces.

As might be expected for a cookbook author and Food Network personality, the kitchen is the star of this show. The sun-filled setup has a professional-grade range and cooktop, a high-end double-drawer dishwasher, and a butcher-block-topped center island. On the other side of a sweet little fireplace is a positively ginormous fridge.

The 5 Most Expensive Hamptons Homes Listed in May