6 East End Hamlets With a Median Home Price Under $1M 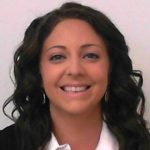 The East End of Long Island is home to some of the most expensive zip codes in the country, so for many, owning a home there may seem all but impossible. As of mid-July, the median asking price for a home on the South Fork is $1,995,000 — more than 14 times the national median asking price of $291,900.

Yet even in the Hamptons and North Fork, there are some relatively more affordable places to be found. In fact, 24% of listings currently on the market are asking $1 million or less. Using data from Out East, we sought to determine the more value-friendly areas of the East End for those looking to move out there permanently, purchase an investment property, or enjoy a second home near the pristine beaches. Here’s a rundown of the six East End hamlets where the median asking price is still under $1 million, and a sampling of the great homes now available there.

Technically in the town of Brookhaven, this hamlet is the farthest west on our list — a common indication that there are deals to be had. While it’s farther from the more popular beaches in the Hamptons, Moriches Bay offers amazing water views and a shorter trip from New York City. Best incentive for prospective buyers? The median asking price in Center Moriches is a third of the median price in the Hamptons.

Slightly farther east is East Moriches, where sellers are asking $1.3 million less than the rest of the Hamptons. This hamlet has even more home options to choose from, and a median price well under $1 million. Currently on the market is a mix of bayfront homes and properties with dock and beach access — great for boaters and watersports fans.

Eastport straddles the border of Brookhaven and Southampton, and, as of mid-July, had 13 homes for sale, with more than half of them priced below $1 million. Eastport even offers waterfront homes below the $1 million threshold — like the one below asking $849,000.

The first hamlet on our list within the town of Southampton is Flanders, a mostly residential area on the Peconic Bay. Flanders is a popular place for year-rounders, with nearby beach options on the bay or the nearby Atlantic. Small ranch homes and beach bungalows are popular here, which help keeps the median asking price lower than in other parts of the East End.

Hampton Bays is a popular hamlet for year-rounders, and is home to the most inventory of any of the hamlets on our list. There were 117 properties on the market as of mid-July, with 62% of them asking less than $1 million. Bordering both the Peconic Bay and Shinnecock Bay, Hampton Bays makes waterfront homes easy to find — but expect to pay at $1 million or above for those prized properties.

The last hamlet on our list is also the only one located on the North Fork. Mattituck is a serene beach town that’s growing in popularity. As of mid-July, there are 17 homes on the market, with a median asking price just under $1 million, making now a great time to buy in the area. Locally owned restaurants, bakeries and boutiques flourish here, and are a huge reason this area is beloved by year-rounders and weekenders alike.

Decorating a Hamptons Home for Winter: Tips From a Local Pro